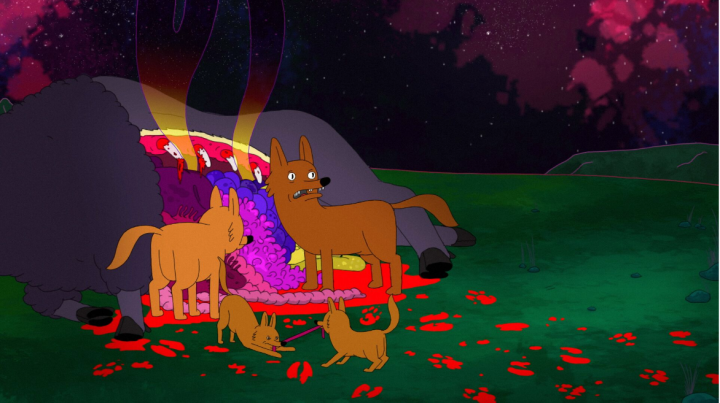 Director Lorenz Wunderle and Producer Ramon Schoch’s animated short Coyote shares the sad story of a coyote that loses his family. This wonderful animation has been making quite a mark in the film world, winning numerous high profile film accolades and will now play at LA Film Festival.

A coyote loses his wife and children from an attack of wolfs. Anguished from human emotions he’s trying to process the experience. Besides grief and delusion, evil takes up more and more space.

Director Lorenz Wunderle received a Bachelors degree in 2D animation in 2013 and a Masters in animation from the HSLU Lucerne, Design and Kunst in 2015.  Since graduation Wunderle has worked as professional animator and filmmaker.  His filmography includes Whatever the Weather, Hypertrain and most recently, the award-winning film Coyote.

Before Ramon Schoch co-founded the YK Animation Studio GmbH in may 2013, he studied visual communication in 3D animation at the HSLU Lucerne, Design und Kunst. After working as a CGI professional on the animated feature Molly Monster, he started to work as a producer for animated shorts. His filmography includes the award-winning films In A Nutshell and Coyote.

Coyote can be seen at LA Film Festival in September.