We are all guilty of posing for selfies, using the filter to look more attractive, only posting photos we look good in, checking how many likes we have on Facebook, but what happens when social media begins to rule our lives? Emrhys Cooper’s directorial debut ‘Trophy Boy‘ features a young man obsessed with social media and has been selected for the Crème de la Crème of film festivals, Cannes. Cooper certainly is a talented director to look out for, although you may already know him as sexy Alistair in Vanity or playing alongside Eva Longoria in Desperate Housewives. One thing is clear, Emrhys Cooper doesn’t just look good, he is a stellar actor and a director to look out for!

In Trophy Boy Emrhys stars as James, a socialite who appears to have it all, but does he? It certainly begs the question, can social media take over your life? We don’t want to give any more away, but Trophy Boy is a must-see film that will make us look at ourselves!

Trophy Boy shines a light on our obsession with social media and Emrhys Cooper certainly shines as the self-obsessed socialite James. 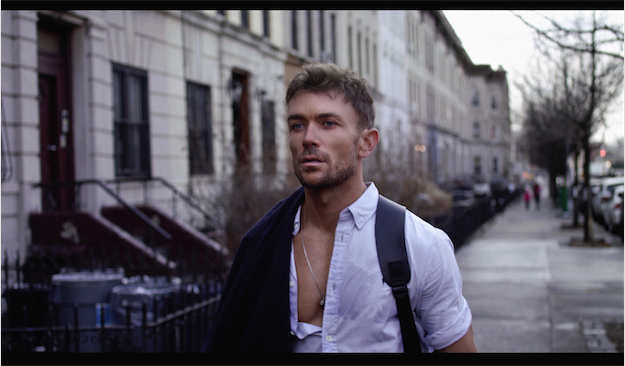 The gritty and relatable short ‘Trophy Boy’ explores the devastation that can come from leading a double life: one you portray online, and one you actually live.

‘Trophy Boy, the debut project of NYC’s EmCo Entertainment will screen as part of the Cannes Short Film Corner at the Palais on May 18th 2018.

This short marks the directorial debut of British actor/director and creator of ‘Trophy Boy’ Emrhys Cooper (‘Person of Interest’ / ’Mamma Mia’). He portrays the leading role of James, a self-proclaimed influencer who “has it all”: looks, charm, followers, likes – you know, the important things in life. 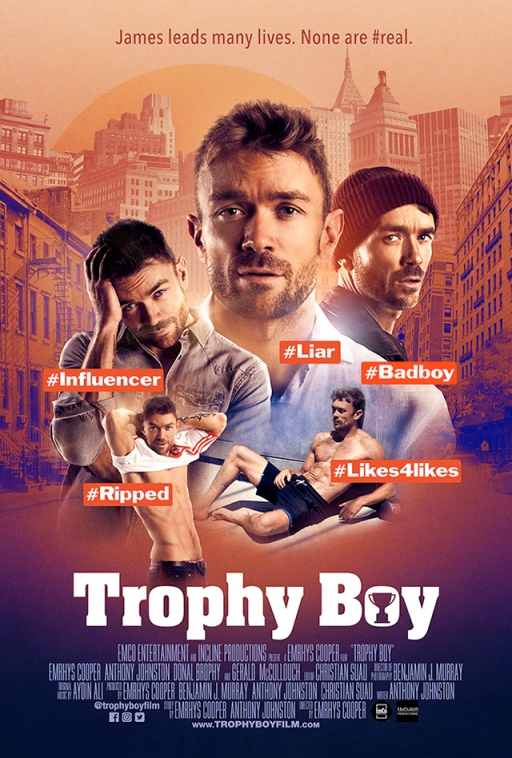 James’ glass house comes crashing down when older benefactor Mark portrayed by Gerald McCullouch (‘House’/ ‘Law & Order’/ ‘CSI’) calls their relationship quits and sends him packing with nothing but his chiseled jawline and muscled abs to keep him warm at night.

The film, written by Anthony Johnston (‘After Louie’ / ’Revenge of the Popinjay’), is a haunting exposé of the dark side, and the repercussions of, the millennials social media obsession. Further, it unveils the duality of who we really are versus who we portray ourselves to be on the internet. It is a riches-to-rags unraveling, showing the dangers of linking your self-worth to Facebook likes.

‘Trophy Boy’s commendatory first reactions have prompted discussions of turning the short into a TV series which is currently being developed by EmCo Entertainment. One thing is for certain: the short will leave you wanting more. It prompts the audience to either question their own social media fixation or reach for their mobile to take their next hit of digital ego-inflation.

Emrhys can be seen next starring in the sci-fi thriller Altered Perception in theaters May 4th, followed by the remake of Nosferatu alongside The Shape of Waters Doug Jones.