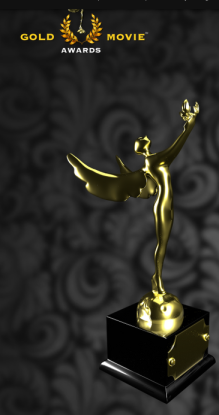 Next year the Gold Movie Awards will be held at the birthplace of British cinema, the Regent Street Cinema in London’s West End. This exciting awards ceremony is now in its second year and next year will be held on the 10th January, kicking off the 2019 awards season.

The Gold Movie Awards were created by Italian director Marco Recalchi, Irish actor and producer Jason Matthewson, and Antony Reolon in partnership with The Old Film Farm, ikon Films and Skyup Academy. The GMA’s were created to showcase the best in upcoming and seasoned filmmakers alike, giving them a place to have their work screened and awarded in a professional setting.

The Gold Movie Awards™ is immensely proud of the success of an incredible film Silent Child, which was awarded “Best of The Year” and went on to win a 2018 Academy Award for Live Action Short.

The event will commence with the guests arriving on the red carpet, shortly followed by a champagne reception. The awards ceremony will commence at 19:30 pm and run until 21.45 pm with a guest musical interlude and guest celebrity presenters. The event will be catered by Aramark Foods.

The Regent Street Cinema is a state-of-the-art auditorium and serves as a unique arts venue for quality world cinema. Back in 1896, 54 paying customers were the first to ever watch a moving image in the UK at this theatre, giving it the name of the birthplace of cinema.

Celebrity jury members will help judge the contenders and this year the awards will include:

The prestigious Gold Movie Awards will commence on the 10th of January at 7:30 pm at the Regents Street Cinema.