Producer Lisa Jacobi takes the time out of her busy schedule to talk to us about her latest film ‘Pendulum’. This female led Sci-Fi has just been released on Dust.

Lauren Cooney’s transcendent film Pendulum was inspired by Gareth Edwards’ Monsters and tells the story of a generation born knowing the end of the world is imminent. After enjoying an award-winning festival run this powerful film will be released this month and was created through improvisation and guerrilla filmmaking in the dangerous jungles of India. The film shares the story of two friends who seek spiritual salvation in India away from their hedonistic and disconnected lives, in advance of the impending collapse of the Cosmos.

You have an impressive filmography, what inspired you to get into filmmaking?

I have always felt a yearning to bring creative, expansive projects to fruition. This was the catalyst for my career change from IT project management to film producing, several years ago. And I never looked back! I get to apply my creativity both on-screen, and also in finding inspired solutions to seemingly insurmountable challenges. No two films are the same, and I am continually embracing this.

No two films are the same, and I am continually embracing this.

What attracted you to Pendulum?

I met Lauren a month after she returned from the principal shoot in India. I watched some of the raw footage, and was literally speechless. Lauren’s vision was profound and she had managed to realise that on-screen, whilst behind and in-front of the camera. Lauren and Scott’s bravery and tenacity throughout the guerrilla-shoot was inspiring. I wanted to be an instrumental part of bringing this film to the world. 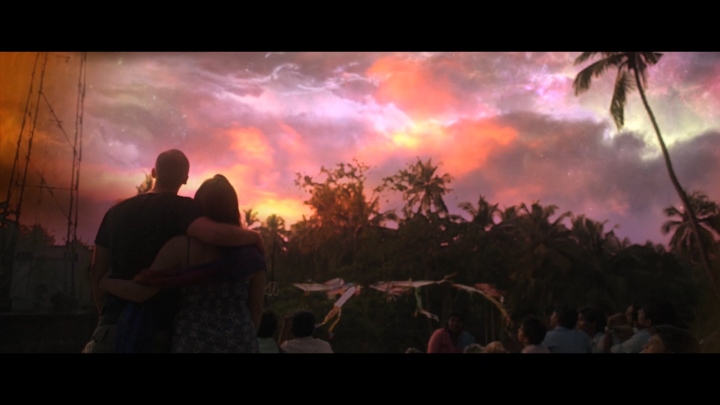 How did you find collaborating with the director on this film?

Lauren is visionary, inspired and inspiring. She is so clear on what is needed in any given moment, which allows me to more easily support her as Producer. Our relationship is very symbiotic and intuitive. Together we had to make some very bold, brave decisions with Pendulum, and I am deeply proud of how we collaboratively landed on the right approach.

Lauren is visionary, inspired and inspiring.

Are you a fan of the Sci-Fi genre and if so do you have a favourite film in this genre?

The reality that we perceive on a day-to-day basis is not what it seems. I love how sci-fi encourages us to experience life through a new lens, and cut through the surface layers to explore what is essentially deep human connection. I am drawn to sci-fi films like Alex Garland’s Ex-Machina, and Charlie Brooker’s Black Mirror TV series, which expose a dangerous edge to our current reality – forcing us to contemplate what is possible or even likely.

What do you look for in a script?

I look for bravery in the story being told, and in the characters playing out the narrative. I also like having a strong sense of the writer’s ‘voice’ – to the point that the script is unmistakably theirs.

Why do you think there are so few women in filmmaking?

I personally felt the challenges of being a single mum whilst production-managing a feature film in London in 2017, without any financial or childcare assistance. It forced me to rethink how I structure my film producing work, and I ended up moving into Post Production, which was infinitely more flexible. Thankfully we are now seeing more and more accessible initiatives in support of women and carers in film, such as Raising Films in the UK and Australia. I’m also in full support of screen agency gender plans, KPIs and quotas to further drive change. However I am feeling a beautiful power and comradery amongst women in film, now more than ever. The tide is turning. I’m so fortunate to have been part of many female filmmaking collaborations. Right now I’m working on a Screen Australia-supported film with the most inspirational female director and producer at the helm and an incredibly diverse cast & crew – fostering inclusivity and a deeply conscious approach to our filmmaking. It changes everything on set, and this inevitably shows on the screen.

I personally felt the challenges of being a single mum whilst production-managing a feature film in London in 2017, without any financial or childcare assistance.

What will the audience be thinking about in the car as they drive home after watching this film?

The ‘end of the world’ scenario is a catalyst for examining our relationships with those we love, and with ourselves. I hope our audience will be reflecting on their closest relationships, and pondering how they can access deeper connections in order to make each moment their life richer and more beautiful. Starting from now.

What is next for you?

A number of film projects, including romantic LGBTQI dramedy ‘Banging Down Under’, which Lauren and I developing together. This film explores the story of two women who fall for each other whilst celebrating the Jewish wedding of their siblings. I am so excited by this story, which is full of heart and sexiness, and showcases two strong women who embrace the bravery of non-conformity. Lauren and I are also developing psycho-spiritual sci-fi ‘Retrieval’ – for which ‘Pendulum’ serves as a brilliant proof-of-concept.

How can our readers keep in touch with your work?