Hold Me Down depicts a day in the life of a 19-year-old single mother who works as a stripper at an illegal nightclub to support her child in the South Bronx. It is filmed in the locations where the events depicted actually occurred; in the Mott Haven Housing Projects and in an actual brothel, and features a cast of non-actors / women survivors of sexual exploitation and domestic violence.

HOLD ME DOWN official teaser from Niclas Gillis on Vimeo.

In the midst of celebrity outcry over sexual misconduct in Hollywood, one film has emerged to address the conditions faced by the silent majority. ‘Hold Me Down’ is based on the experiences of Unique Adams, a single mother from the South Bronx, New York, whose experiences of childhood poverty and abuse lead her into prostitution in early adolescence.“This film will be our voice”, says Adams. According to a report by the National Coalition on Black Civic Participation, more than half of all women of color in the United States will experience some form of sexual violence in their lives. All the parts in the film are played by women survivors from the Bronx, none of whom had ever acted before. “We have to be the ones that are looking out for each other”, says Tianna Allen, 19, who plays the lead role.

What made you want to tackle such the important subject of women living in poverty and having to make difficult life decisions?
Niclas: Thank you, Tianyue. I first became aware of the conditions faced by women in poverty in the United States when I moved to New York in 2009. I was a Swedish student living in the dorms at SUNY College at Old Westbury, and within three months I was invited to what I thought would be regular house party in Harlem, but that proved to be a so called “after hours spot”. I witnessed a 19-year-old girl have sex with a stranger on the floor of a crowded room for single dollar bills, and was shocked. We were the same age, and yet our realities seemed so far apart. When I asked her if she was okay, she told me that she had a two-year-old daughter and that this was what she had to do to survive. I couldn’t understand what sort of country would allow for a young mother to have to go through this to support her child, and I wondered what would become of her daughter. Most troubling of all was the realization that her predicament seemed to be so common. It prompted me to more seriously study American history and its bearings on the present day reality. The more I learned, the more troublesome the situation appeared. According to the Organization for Economic Co-operation and Development, there is almost no other country in the developed world in which the disparity between rich and poor is greater than it is here. And in spite of the so called “American Dream”, a person born into poverty in America is less likely to make it out of poverty by adulthood than in almost any other developed nation. The goal of the film was to give the women who suffer life in silence the opportunity to tell their own story, to raise awareness of the conditions that they face and inspire change. 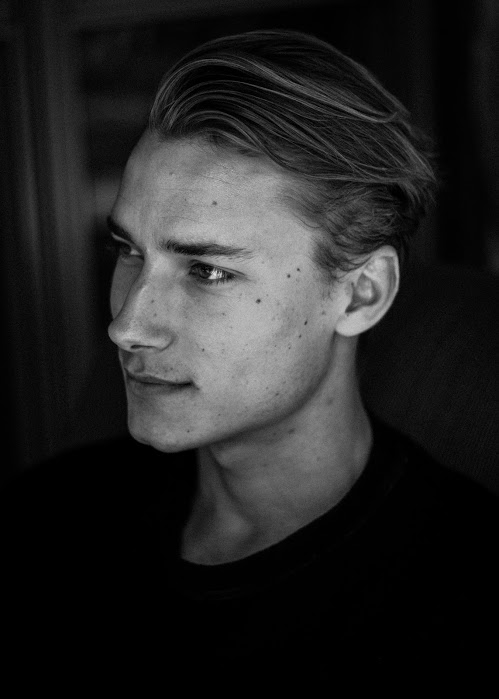 You are obviously passionate about giving a voice to women, has this made a difference in their lives?
Niclas: We’ve been thankful to be able to work with Project Rousseau, which is an organization that works with women and children in poverty to help get them access to the services that they need in a very practical way over a long period of time. They’re not only focused on survival, but living; they want their “students” to thrive. So with their help, both Unique, whose experiences the film is based on; and Tanisha, who acts in the film, have been able to gain stability in their lives and are pursuing higher education. This is what we want to achieve on a bigger scale.
To make this film, you spent 4 years living in The Bronx.  What surprised you most about living there, what did you enjoy most about it and what would you like to change, if anything?
Niclas: What I enjoy is the sense of community. I’ve never felt that anywhere else in America, New York, or the world for that matter. You really know your neighbors, and they know you. As an immigrant, I’ve always felt very welcome here and that has been such a moving experience. Of course, the area faces some extremely tough challenges. It has the highest poverty rate in the city, with every fourth person living below the poverty line. If I could change anything at all, it would be to make us all care more about our fellow man. I would like for us to widen our sense of family, to recognize that we all bleed the same color, and that we all deserve the same basic human rights.
As a director how did you go about directing first-time actors?
Niclas: The cast was assembled over the course of nine months. We handed out 10,000 flyers in the streets of the Bronx and interviewed hundreds of women survivors. Throughout that time, I got to know everyone very intimately. They invited me into their lives, as I invited them into mine. We built a very strong trust, so when it was time to shoot, we all knew that we could really go where we needed to.

How did you choose who to cast in the lead female roles?
Niclas: We would always start the auditions with a personal conversation about who they were, what they had been through, how they felt, and what they wished that the world would understand. Then we would pair them up for improv. We never told anyone what we were looking for; we really wanted people to be themselves. Whenever I felt strongly about someone, I would turn to Prince, who also plays the role of Prince in the film, and get his take on them. He has really been my closest collaborator throughout this process. He has lived the life, so I could always lean on his judgment for authenticity.
What would you like to achieve from this film?
Niclas: As James Baldwin put it: “Not everything that is faced can be changed, but nothing can be changed until it is faced.” As a witness you have a choice: to be indifferent in the face of suffering, or to act; if only to make life better for one other person. Hopefully we choose the latter.
How can our readers see the film?
Niclas: It will be released on Vimeo