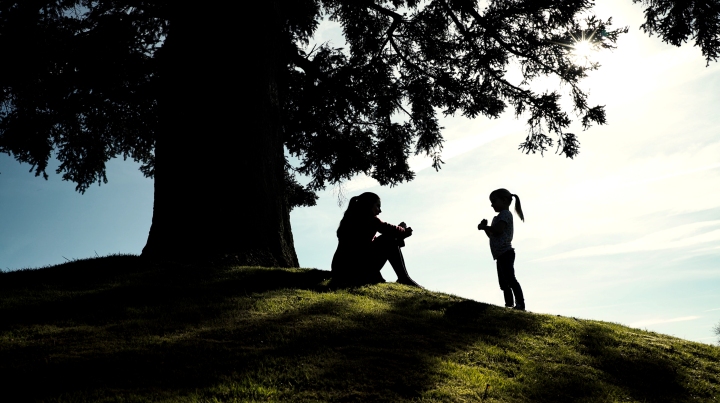 The Silent Child (2017) has won over twenty awards since its world premiere at Rhode Island International Film Festival and has now been shortlisted for the Oscars. Director Chris Overton began his career as an actor and worked with many industry greats such as Joel Schumaher and the Oscar winning director Roman Polanski. This time, he became an independent director and chose the lead actress, a profoundly deaf five-year-old girl. The film aims to raise awareness of the issues around hearing impairment and improve audiences’ understanding of the deaf community.

Maisie Sly plays a deaf girl Libby who was born to a hearing family. She struggles in a world of silence until a caring social worker Joanne (Rachel Shenton) teaches her the gift of communication via British sign language. As the youngest child, Libby grows up isolated in her family where her mom found out that she was deaf until she was three and a half years old.

According to Aristotle, humans are social beings by nature. In other words, we live in families and communities because it is in our nature to interact and communicate with other people, which bring us joy and happiness. The lack of human interaction will cause many problems, especially mental health issues. In this case, Joanna suggests it is essential for Libby’s family to learn sign language. But her mom thinks it’s best for Libby to do speech therapy and learn lip reading since most schools do not offer deaf students with sign language support. I think this film reflects the difficulties that deaf people face nowadays such as undertaking the neglect by their parents and peers. Therefore, more people should take actions and contributes in the fight for sign language to be recognized in schools.