If you read our predictions then you will know that we are backing this important and poignant film to win this year.

Rachel Shenton’s heartfelt tale of a deaf child who is struggling to communicate was brought to life by Director Chris Overton. Writer and Actress Shenton (Switched at Birth) stars in the film, alongside, newcomer Maisie Sly and Rachel Fielding (Secret Diary of a Call Girl) The Silent Child has won over twenty awards since its world premiere at Rhode Island International Film Festival and has now been shortlisted for an Academy Award.

The Silent Child centres around a profoundly deaf four year old girl named Libby who is born into a middle class family and lives in a world of silence until a caring social worker teaches her the gift of communication.

Director Chris Overton began his career as an actor and worked with industry greats such as Joel Schumacher and the Oscar winning director Roman Polanski. The Silent Child is Chris’s first short film as an independent director and what would arguably be one of his most challenging, with the lead actress being a profoundly deaf five year old girl who communicates only in British sign language. 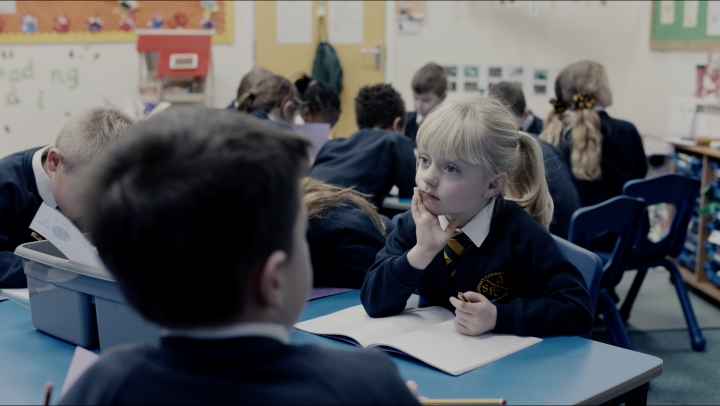 Actress and Writer Rachel Shenton’s passion for deafness urged her to put pen to paper, an inspiration that was first born at the age of 12 when her late father lost his hearing suddenly. Rachel is an ambassador of The National Deaf Children’s Society and has been raising awareness for well over a decade. As an actress Shenton is currently filming BBC2 show White Gold. She started her career in Hollyoaks, which won her a national Television award nomination for Best Dramatic Performance. In 2014 Rachel made her American TV debut on ABC family drama Switched at Birth playing Lily Summers.

The Silent Child’s stunning cinematography was shot by Ali Farahani. The film was Produced by Rebecca Harris, alongside Danny Ormerod, Associate Produced by actress and director Julie Foy. The beautiful music was composed by Amir Konjani.

The Oscar nominations will be revealed on January 23rd 2018.